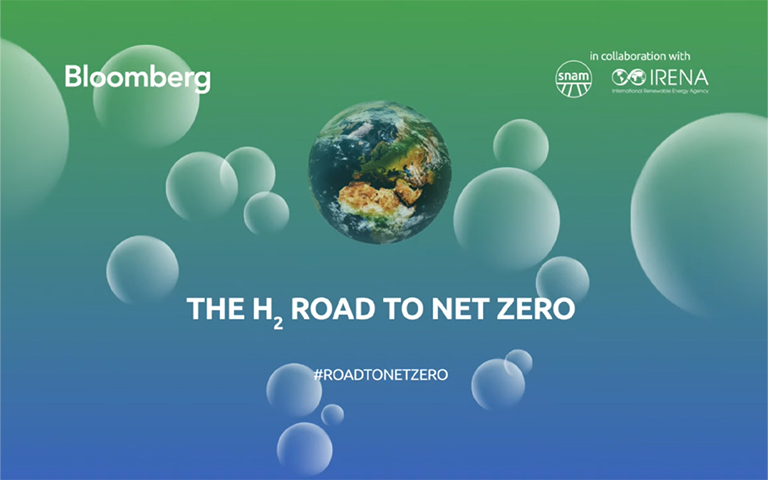 The Iris Ceramica Group and Snam have signed a memorandum of understanding for an industrial project involving the study and development of the world’s first ceramics factory powered by green hydrogen. The new Iris Ceramica Group production site, which will be completed in Castellarano (RE), will, by 2022, be equipped with native technologies allowing the use of green hydrogen as an energy source.

The industrial project was announced on Wednesday 29 September in Milan during the international event “The H2 Road to Net Zero”, organised by Bloomberg in cooperation with Snam and IRENA during the works ahead of COP26. Federica Minozzi, CEO of the Iris Ceramica Group, took part in the event, speaking during the session devoted to the use of hydrogen in the energy transition.

“Our Group has always been driven by a strong pioneering spirit and a constant attention to environmental sustainability, often acting as a trailblazer in the ceramic world, a highly energy-consuming industrial sector due to the type of production processes marked by highly energy-intensive manufacturing. Within this manufacturing scenario, our actions have always been underlined by the Economy=Ecology equation, coined in the 1960s by my father Romano Minozzi, Chairman and Founder of the Group, indicating the road we were to take with a view to environmental sustainability,” declared Federica Minozzi, C.E.O. of the Iris Ceramica Group. “We can proudly state that this equation has translated into concrete action over the years, and the completion of the world’s first ceramics factory genetically designed to run on green hydrogen is a clear demonstration of this. This industrial programme comes in addition to the many sustainable innovation projects we have implemented in 60 years of business activity.”

The solution developed by the Iris Ceramica Group with the support of Snam will allow the production site in Castellarano to immediately produce ceramic surfaces born from a blend of green hydrogen, produced from solar energy, and natural gas. A photovoltaic plant (with 2.5 MW power output) will be installed on the roof of the factory, combined with an electrolyser and a storage system for the renewable hydrogen produced on site. The solution using a blend of green hydrogen and natural gas will immediately lead to a reduction in CO2 emissions and, in the long term, will pave the way for the exclusive use of renewable energy for zero-emissions production, as the plant is designed to run on 100% hydrogen.

The introduction of green hydrogen into the production processes will also be decisive for achieving the European goal of carbon neutrality by 2050.

The news was covered by Sole 24 Ore.